I used to sew a lot of gifts, but these days, not so much.
Time is a big factor. When I didn't have children the pleasure I took from sewing for others was enormous. If the outfits were not worn I didn't mind.

I had had my fun.

These days I am so time poor I like to know the gift is wanted and what they will use.

Liddy badly wanted me to sew something for her friend Jessie. As Jessie's mum used to do a lot of sewing (funny, as a full time agronomist, running a farm with her husband and two small girls she doesn't do much anymore) I was more then happy to oblige.
The Oliver+SIce Cream dress is my go to pattern for older girls. It doesn't require a lot of fitting and suits all sorts of body shapes.
I lined it as per my tute here

My clever sewing gal pal Peta is the Queen of Handmade Gifts. She knocks up the Hula Hoop skirt (also by Oliver+S) with amazing speed so I took a leaf from her book.

My favourite cousin is having a baby soon so when she announced her special news I had to make a teeny tiny Bubble  dress. Like me, she would put it on a tiny baby boy. 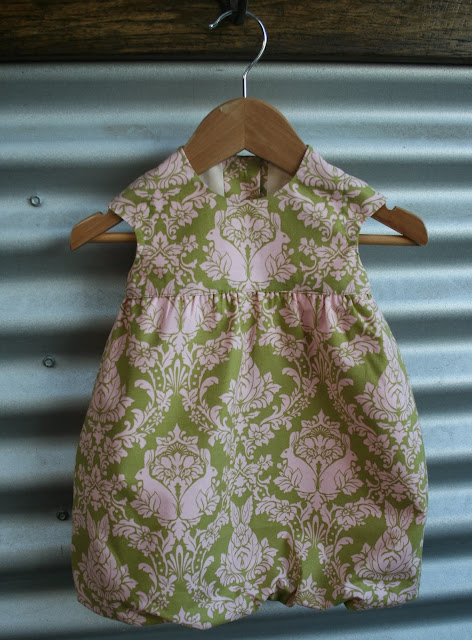 Jed's nephew had a sweet sweet baby girl, Amaya, so I use a little more of my treasured Tula Pink stash to make another wee Bubble dress. 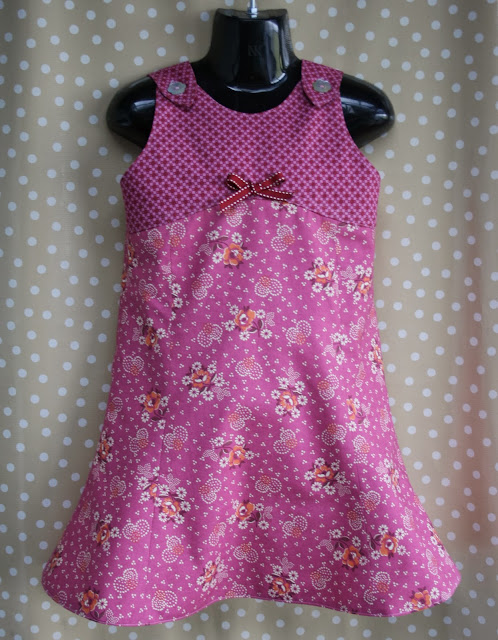 Tildy went to her first 'proper' Birthday Party and insisted on me sewing a dress for Ruby. She went through her own special fabric stash and chose some vintage-y Hope Valley for a lined Tea Party dress (another Oliver+S).

There are two little sisters up-the-road that I always make Birthday and Christmas dresses for.
Lily and Annie's Mum doesn't sew a stitch but I adore sewing for her girls as she makes me feel like a Rock Star. 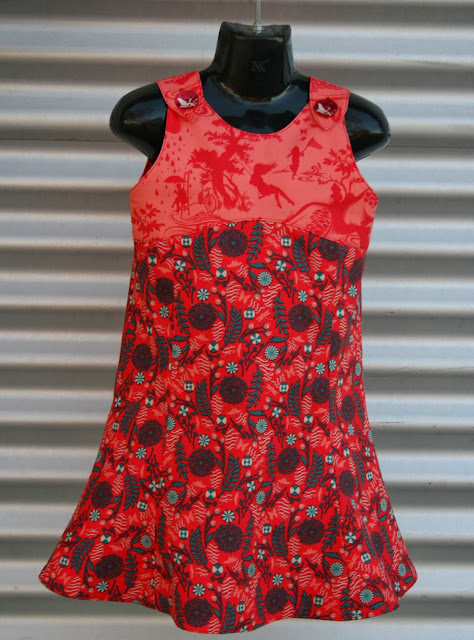 She likes girly but not too girly. 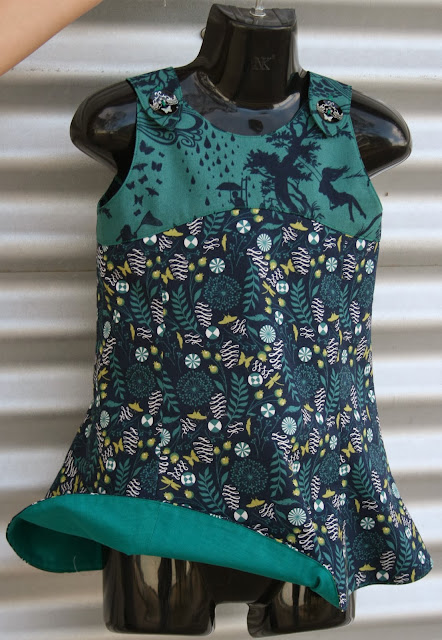 Matchy but not too matchy, so a pair of Tea Party dresses in some gorgeous Tula Pink Prince Charming fits the bill. 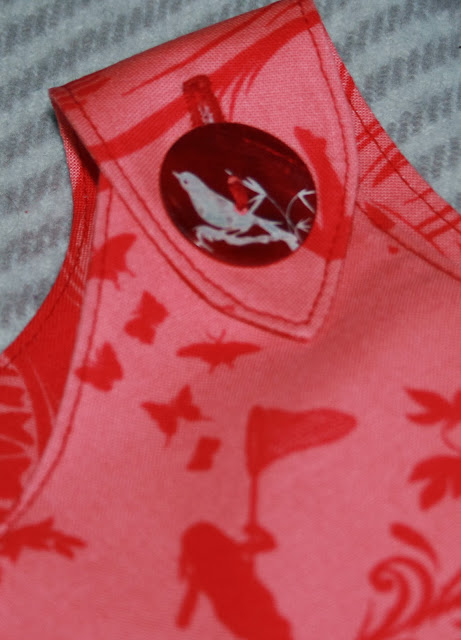 I used some of my special painted MOP buttons. I just had to, the fabric was too perfect a match. 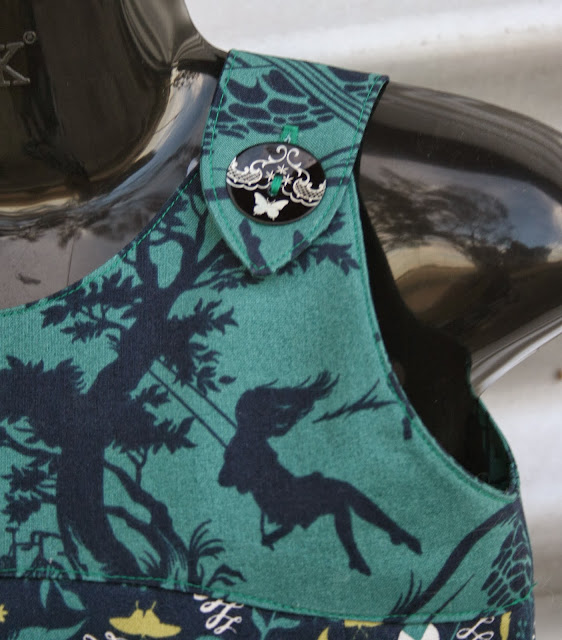 Little Miss Mae is another little girl I like to sew for. I sewed dozens of garments for her older sister as that was before I had my own children. I often feel guilty about Mae's lack of hand made.

While I was minding her one day, she explained I didn't have to make her a dress this year. She very sweetly told me that you can buy a card and put money in it. That would save me a lot of time.

Tildy became very excited about this idea as she had seen a card that was made to look like a purse only a few days before. Guess what I am going back to get for Mae's Birthday.

I told Mae that I could indeed do that if she would rather it but after a few minutes thought she answered that she actually would like a frock if that was not too much work.

One with butterflies on it. 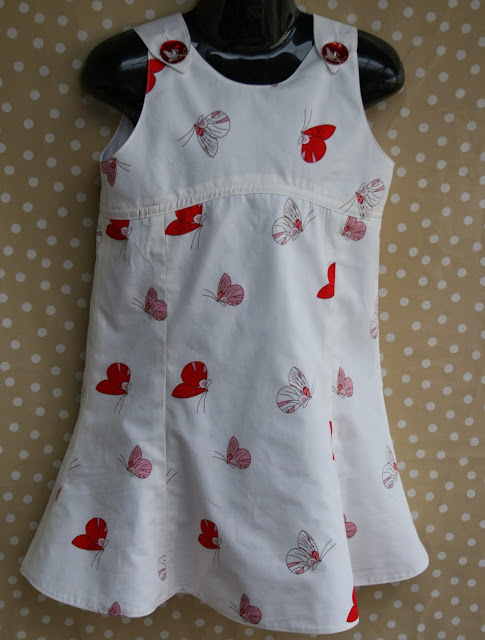 I found a pretty remnant in the fabric bin at Spotters a few weeks later so that was serendipitous indeed.


I had not actually planned to sew for BIL daughter. I used to but I wasn't sure she actually liked it and as I said before, time is precious.

A comment from my SIL (her stepmother) made me change my mind. I guess I made the dress as much for my SIL as my niece.

After making Zara a silk Oliver+S Seashore  dress I was convinced that it works as a sophisticated pre-teen garment.
I used a denim printed with a gold, cross hatched pattern. 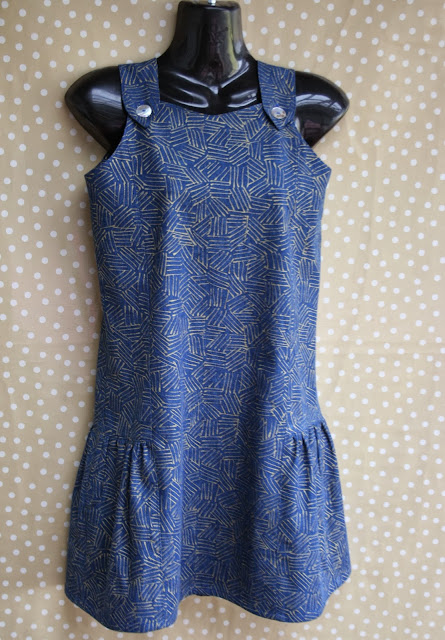 Elsa modelled it for me and then promptly requested one for her self. 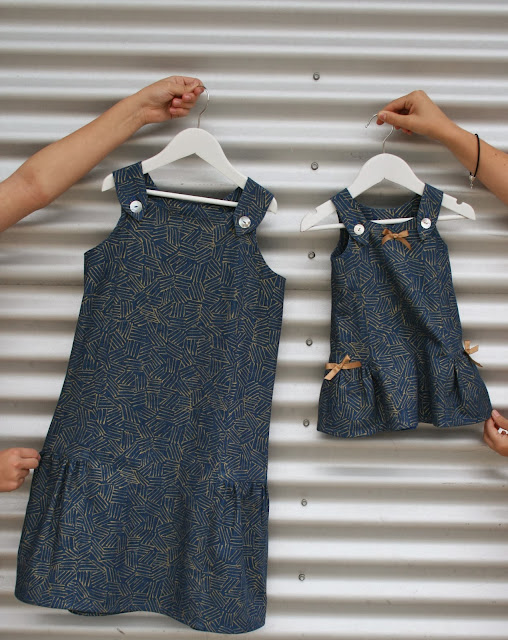 After texting my other SIL (and Grandmother of sweet Amaya) I decided to sew up a teeny tiny version for my great niece.

Unfortunately, it was too snug but as her mother sent it back promptly with a request for another dress, two sizes up I think she liked it.

And I am very happy to oblige.

I still have a few long time promises to finish. A Sorbetto top in Liberty for a friend. Two
Sketchbook shirts for two sweet baby boys. Overdue Australian fauna print pyjama's  for two little siblings and a Secret Agent trench is some gorgeous lilac japara fabric.

But I will get there.
And as long as I size up for the children all will be well.

Thanks for popping by
xx N