A new seat during a sleep

Today Jed made Tilly a balance bike.
He found one of the Twins old trainer bikes in the shed. It was pretty much buggered so he pulled off the pedals and shortened the seat by cutting off and re-welding the frame.
Then he came in for lunch and a kip. 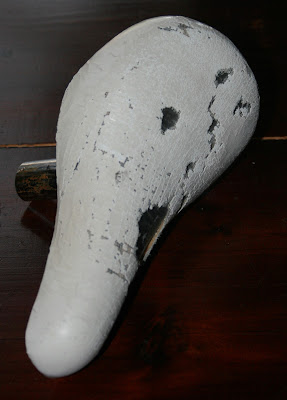 The seat was looking pretty wretched and Tildy asked me if I could fix it.
At first I said 'No' but then I thought.
What would Sandi do?
Sandi is my friend, a engineer and a SAHM.
If she needs a new 'something' she makes it.
Her daughter has diabetes and she designs and sews her clothes to carry her pump.
The cat needed a new basket,she sewed a Taj Mahal.
And she also has her own patterns.
I figured I am not Sandi but I can have a go! 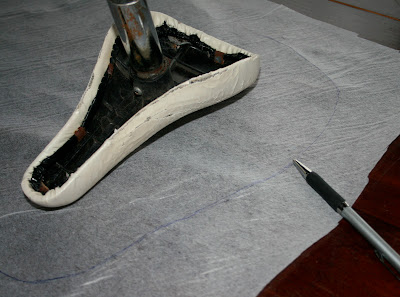 I flipped the seat over and roughly traced half the seat with added seams. 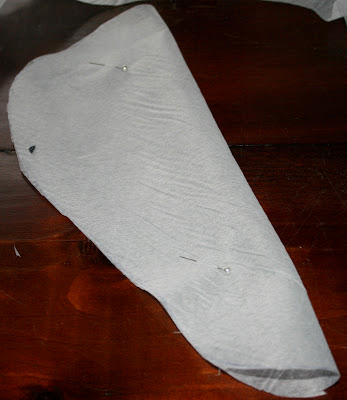 I then folded it in half so that it was an even shape. 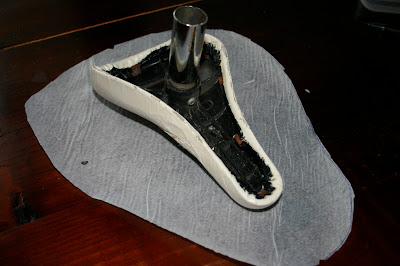 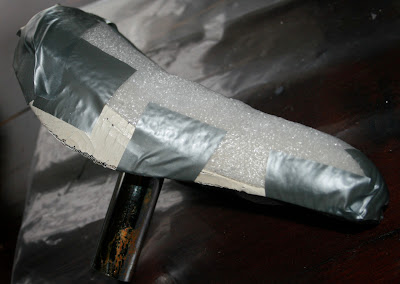 I glued and taped some foam to patch the seat. 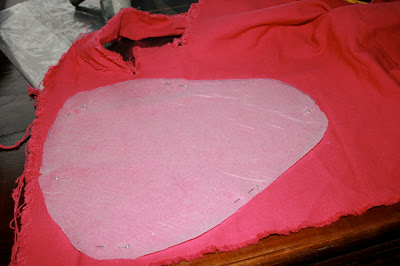 Using some hot pink canvas from the stash I cut a single layer seat piece. 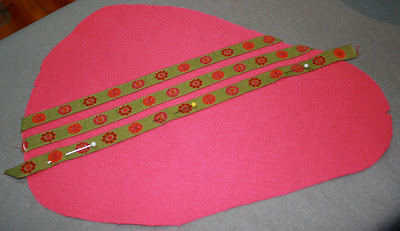 I decided to use some special ribbon sent to me by my special friend Melani to decorate the seat.
Following the gardening rule 1 tree or 3! 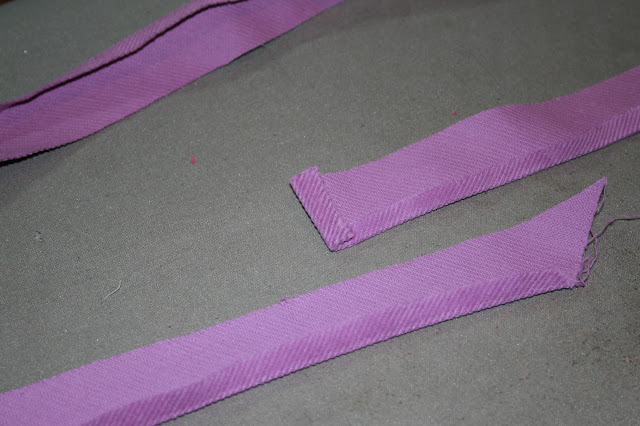 I used some scraps of corduroy bias that I had left from this project.
This bias is wider then usual. 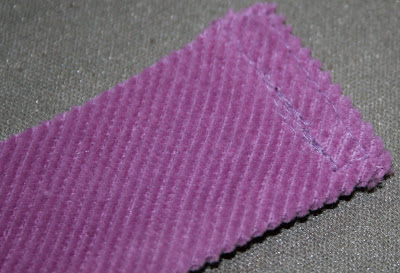 I neatened one end with a double fold and stitched that in place. 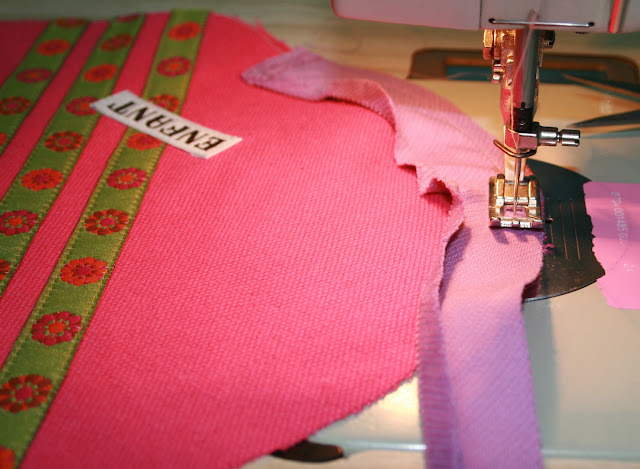 Then I stitched the binding to the seat,right sides together. 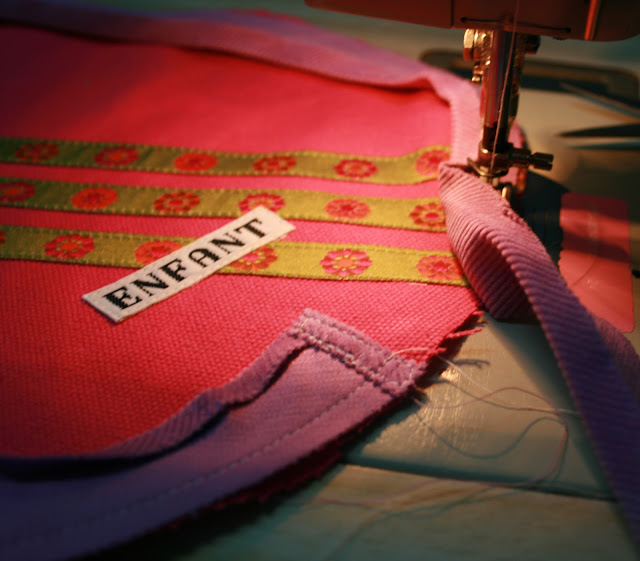 I stitched nearly all the way around. 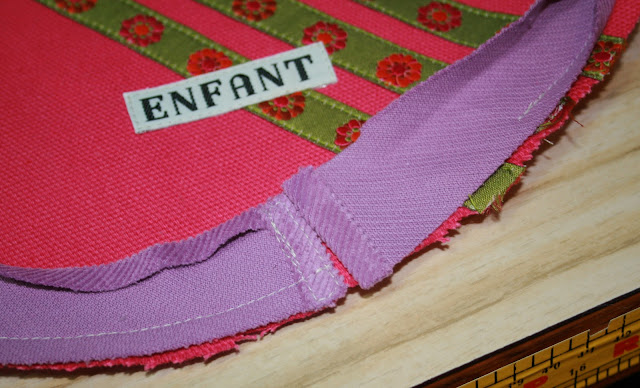 Stopping a few inches from the finish I trimmed the binding and finished as I did with the other edge.
Then I stitched it in place with both edges butting together. 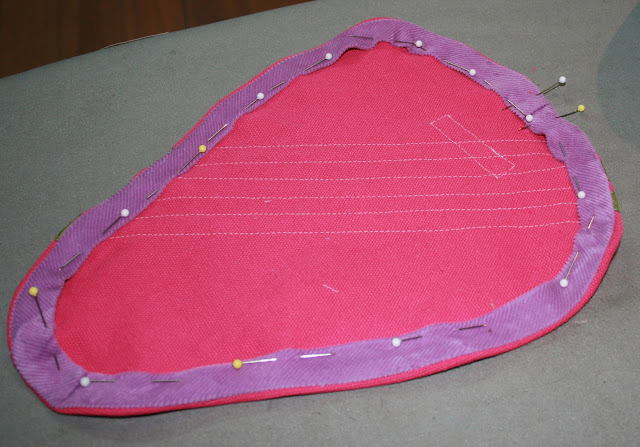 Flipping the binding over,I gave it a good press and pinned it in place. 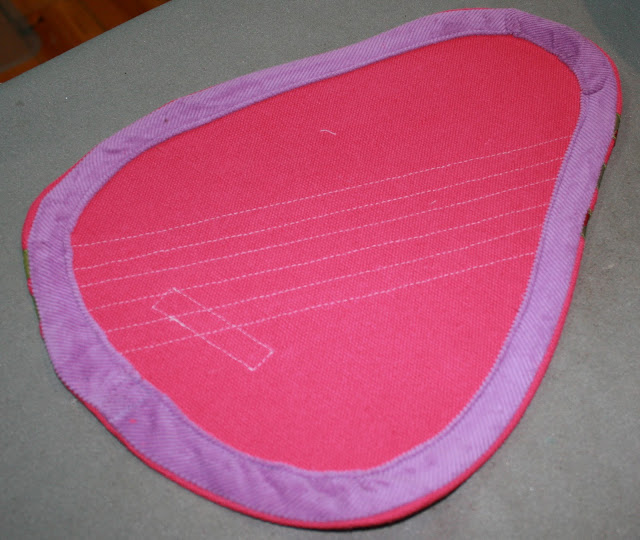 I stitched all the way around making sure the binding ends were caught. 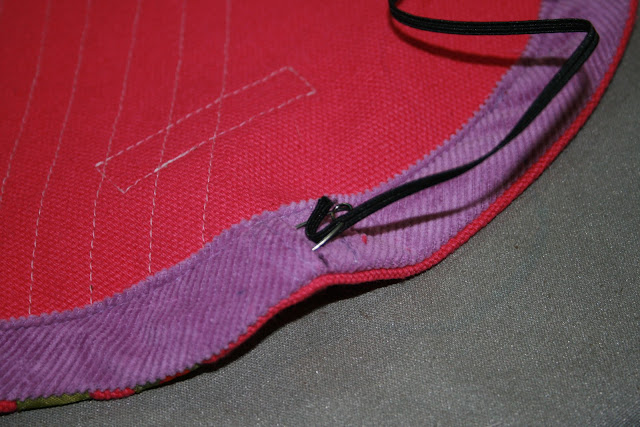 Then I threaded elastic  through the opening.
Elastic cord would have been better. 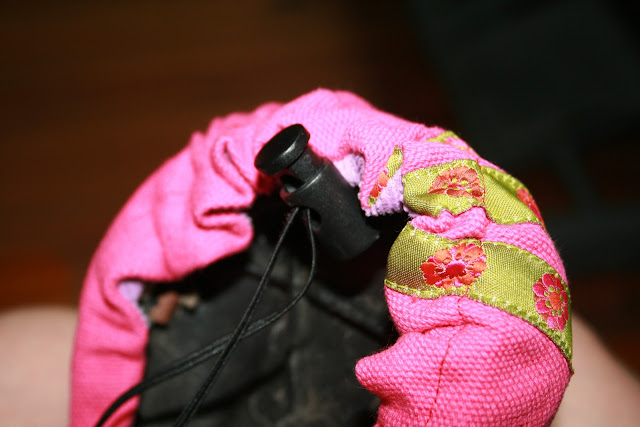 I fitted the cover over the seat,pulled the elastic to tighten it and knotted the ends.
I had a toggle that I had cut off an old school bag so I used that to keep the elastic firmly in place. 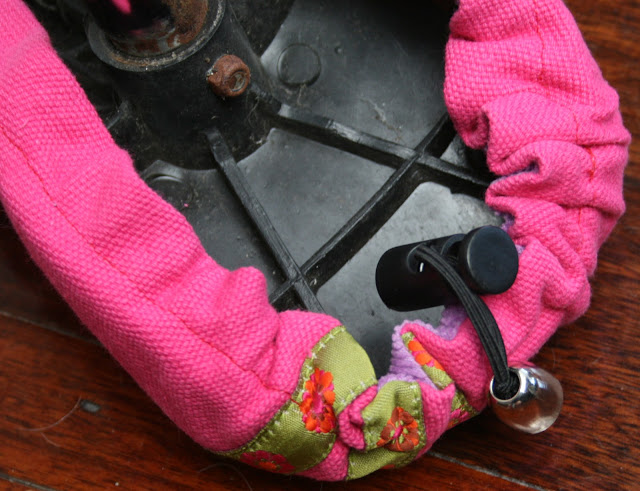 After a hunt I found a little cover to go over the knot. 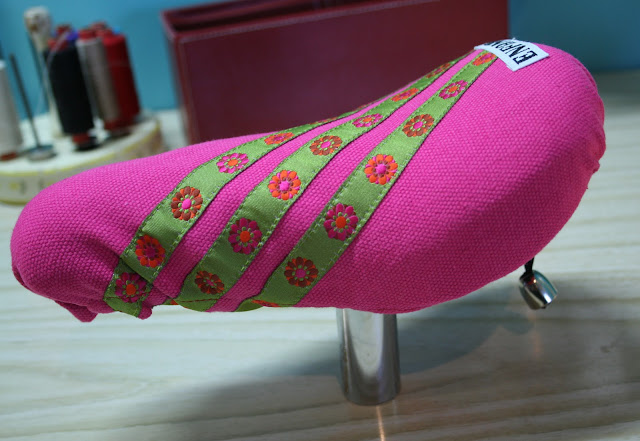 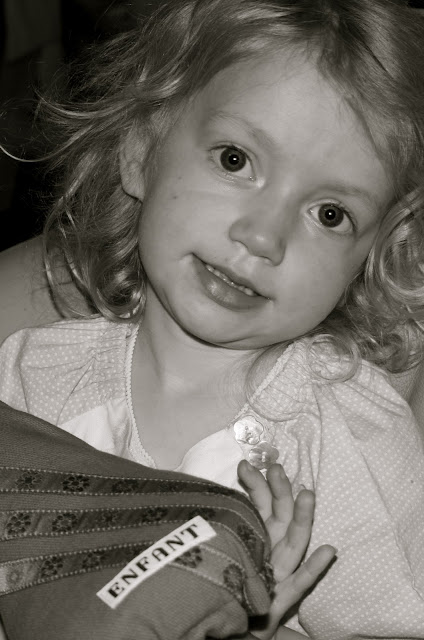 Its not perfect but Tilly is rapt. 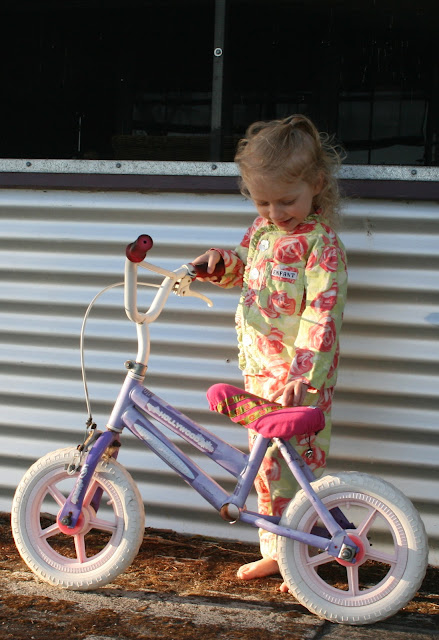 A new seat made by Mum. 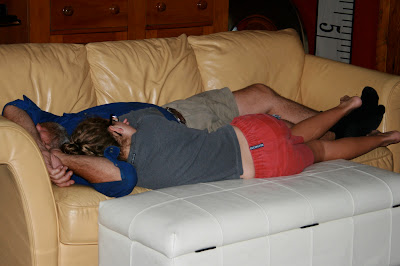 All in the time it took Dad to have a sleep.