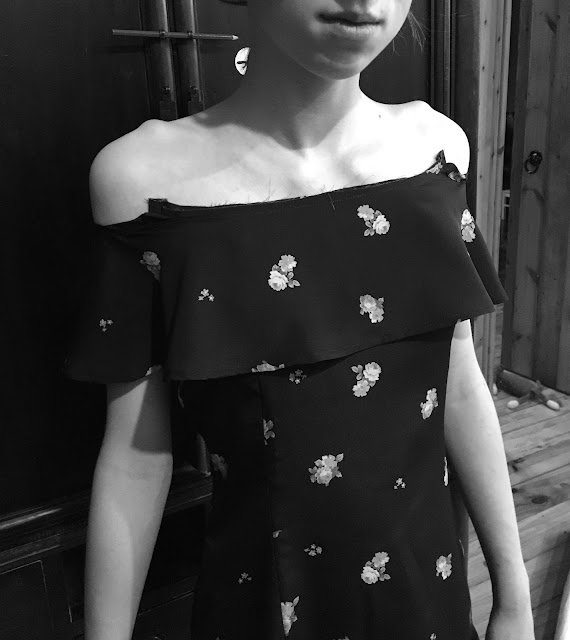 The ability to move one's shoulders is advantageous.
Let me explain. 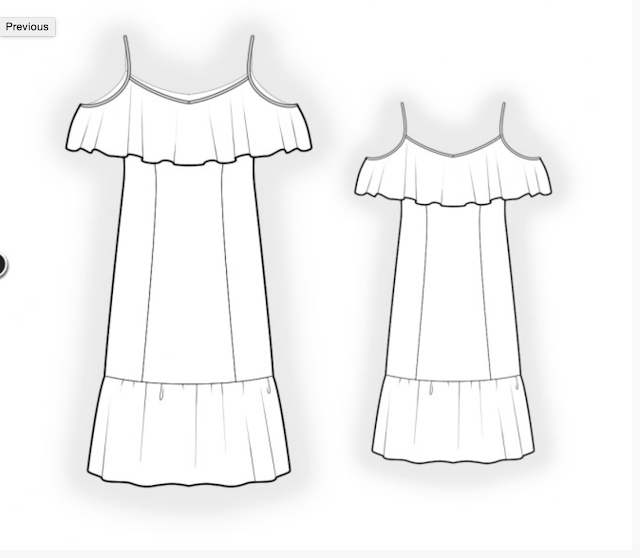 Liddy needed a black dress and a white dress for a play.
Rather then sew costumes I thought I would get a jump of her Summer sewing.
Zara gave her some black, floral poly/rayon she had grabbed from the $2 bin at Eliza's, in Melbourne.
(It is not a 'good' fabric, I will sew some float-y beach pants out of the left overs but I don't think it will wash well so I won't invest too much time in it. That said, it is pretty and falls nicely)
Lekala#4679 gave her the float-y sleeves and she liked it.
I put in her measurements, adjusted the pattern for wide shoulders and sewed it up.
We tried it on once the side zipper was set in, gorgeous! 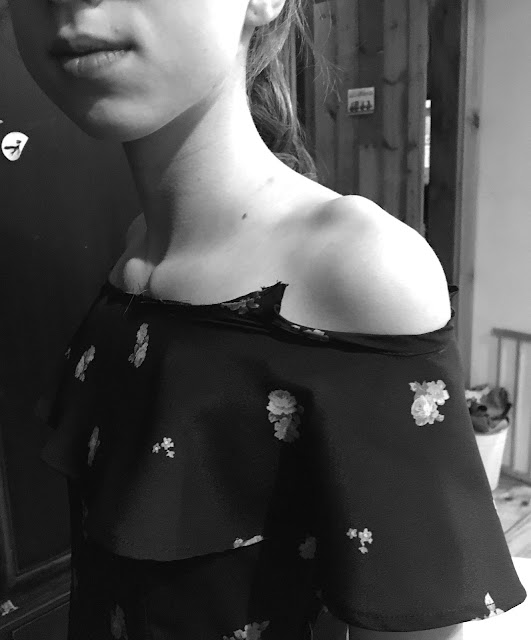 I attached the flounce and thought it looked a bit hinky so we tried again before adding the straps.
Bugger. 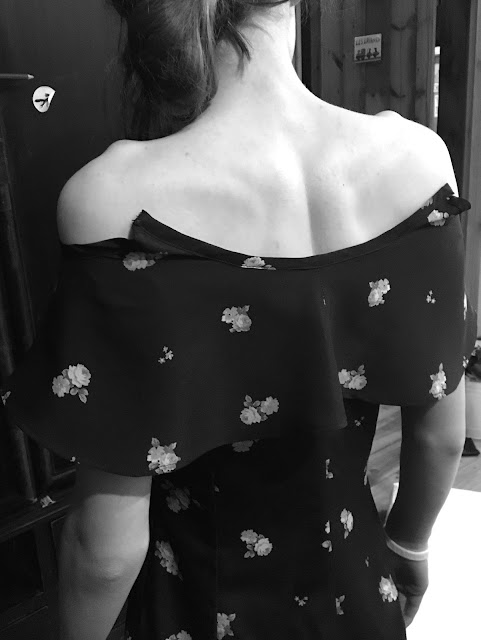 Not. Going. To. Happen.
I emailed the company but needed to have a fiddle myself due to time constraints. 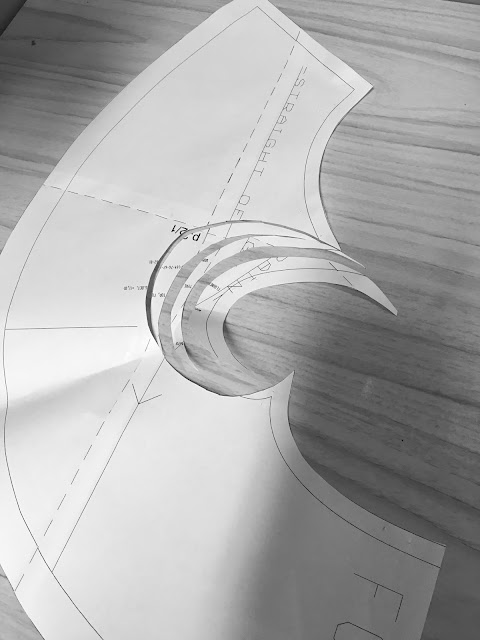 Now, I am a reasonable sewer but pattern maker, I aint'.
#patternhackfreezone.
I fiddled with the flounce, cutting it out in increments and then tried the pattern piece on Lids.
It still didn't look right. 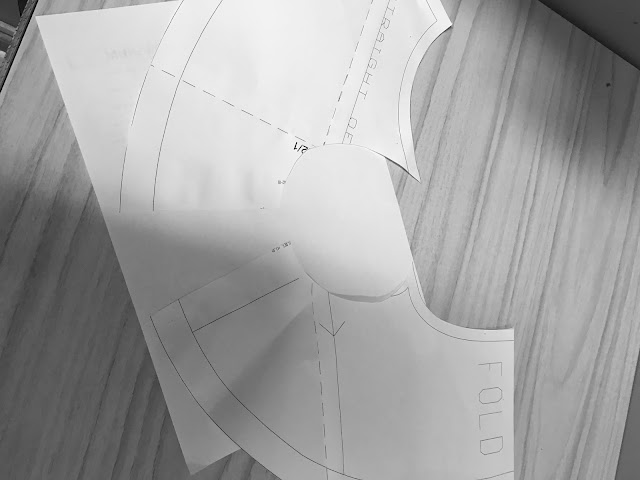 I then cut the flounce and added a bit.
Still wasn't right. 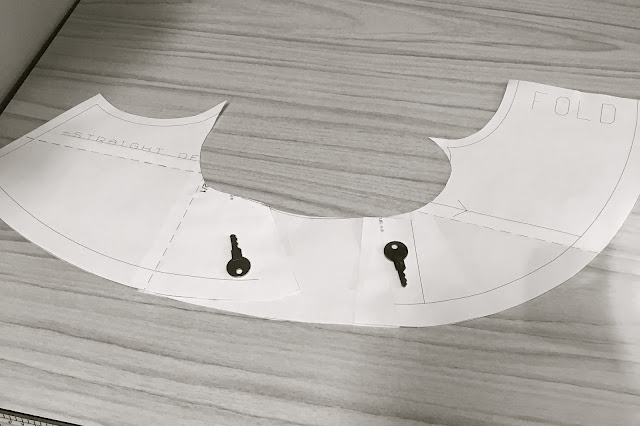 So I cut it again, added another bit, lined up the grain lines, redrafted the curve and crossed my fingers.
It worked and I will blog the next dress soon!
What to do with the dress to hand... 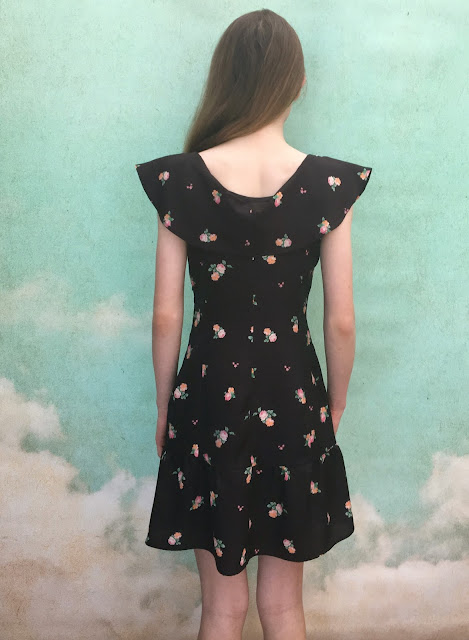 Whilst we were fiddling we realised if she pushed the arm flounce up on her shoulders, it worked.
As the edge of the flounce is bound, it is quite firm and sits nicely.
I trimmed the front corners (where the straps would extend from) and turned it under and hand stitched it in place.
The whole thing rolls nicely and just sort of works. 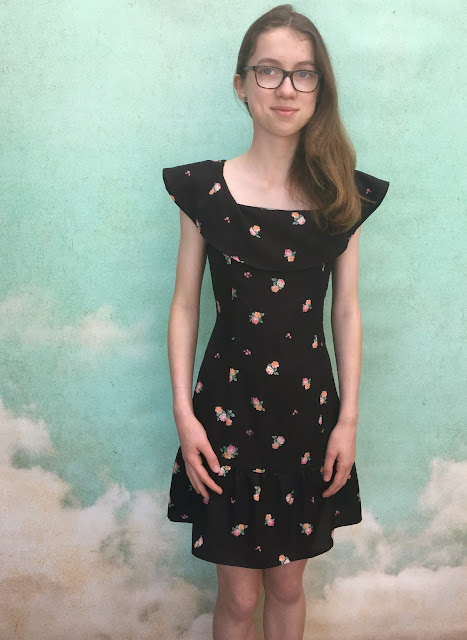 ~Lidia's Verdict~
When we  first tried the dress on I was a little nervous as it did not fit over my shoulders.
So we ended up lifting the flounce over my shoulders so that it made a gorgeous floaty neckline.
As soon as it was finished I wore it to my friends house. It was so light and cool to wear and I didn't even get hot although it was rather hot!

~My Verdict~
Not quite sure what happened here. I checked my measurements and they were fine. 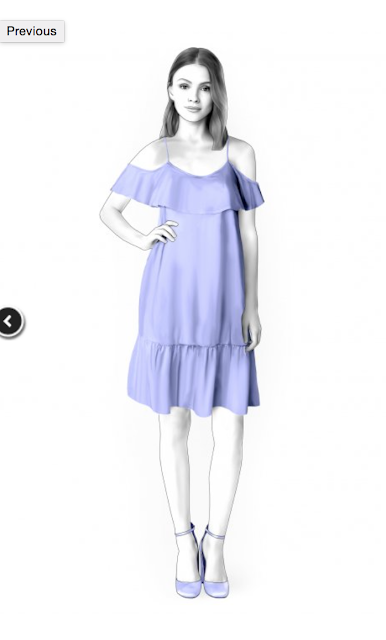 The dress is also far more fitted then the diagram, that dress shows a great deal more ease.
I have emailed Lekala and left notes on the website so hopefully, someone will work it out. 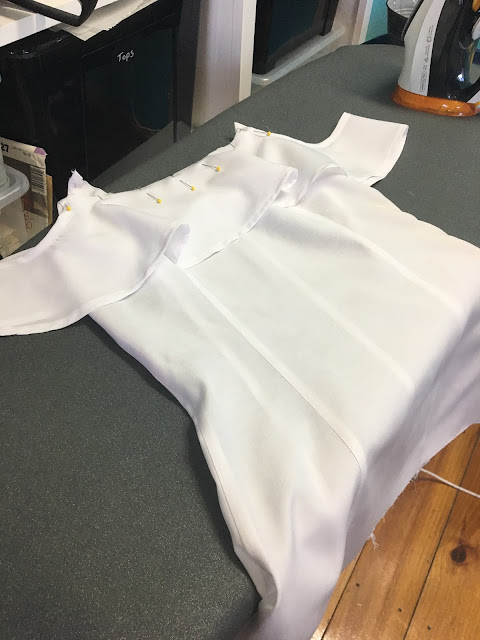 The next dress, with my adjusted flounce, looks much more like the diagram.
But, do you know what? I am not holding one, slightly dodgy pattern against them.
Maybe Liddy's measurements blew up their pattern making algorithm.
As Tim Gunn advises, we made it work.


Liddy's play went well, it was over an hour long and the students did a great job.
Trixie amused herself by flicking every single seat down (very quietly) in the town hall but did disgrace herself yelling out 'Liddy, its me, Trixie' when she spotted her on stage.
I was mortified but Liddy assured me Sophie had forgotten her lines and was glad of the distraction.