After a late night with local cheese,wine and Jed and an early morning with Tildy,I was ready for a slower day.

Hugo had booked himself in with some local anglers that run a fishing workshop. He caught 3 mullet,very tasty!

Jed took the three older girls to a food fair that was set up in the main street.
Jed was very taken with the pizza oven kits.
Fantastic Babe,but finish my kitchen first!
I put Matilda down for a sleep,did a bit of washing and caught up on some tutorials in the mild winter sunshine. 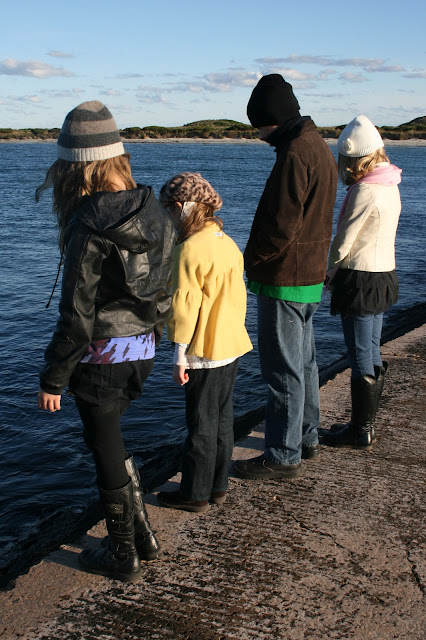 After a little snooze we all went for a walk on Griffin Island. 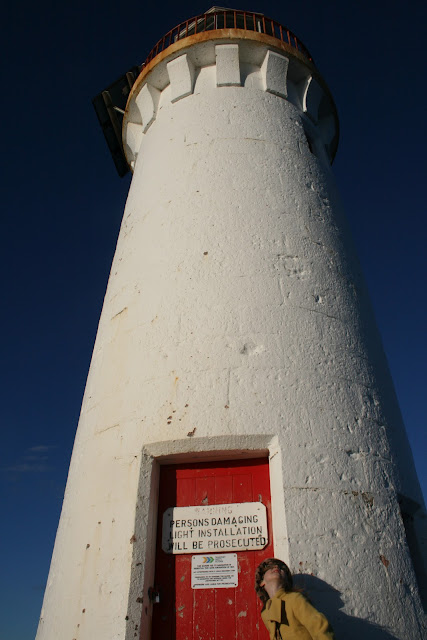 Around to the light house. 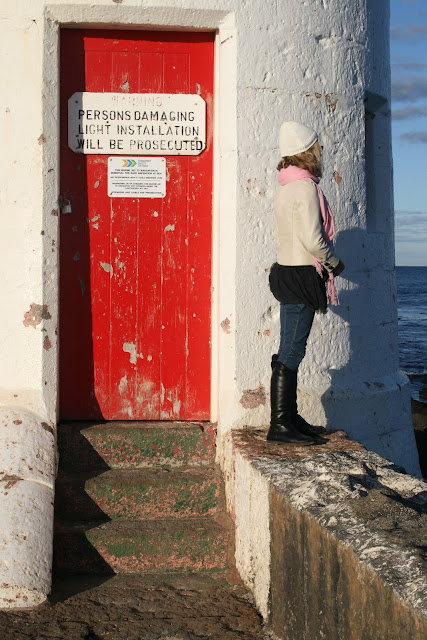 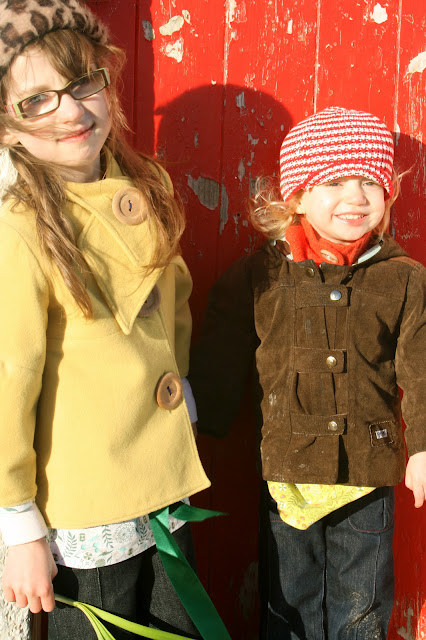 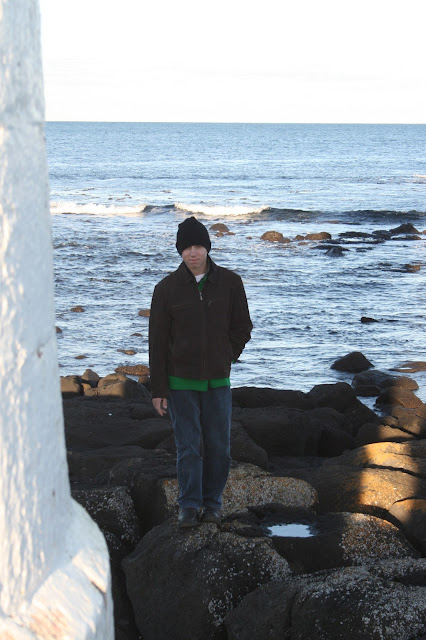 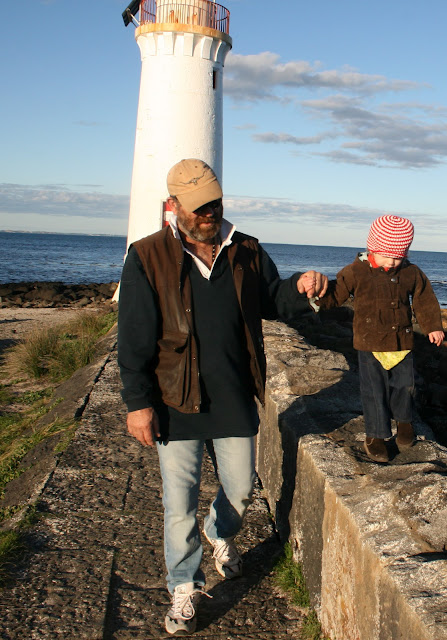 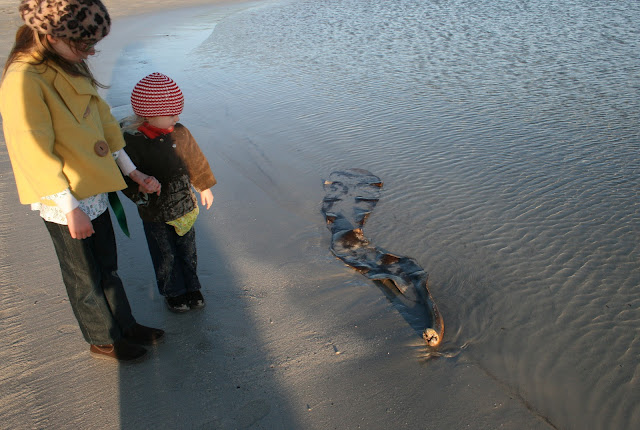 I have never seen such huge seaweed,Tilly was quite scared of it! 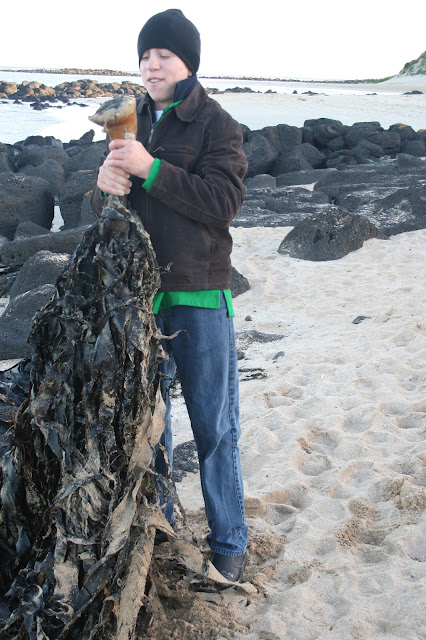 Liddy made a friend. 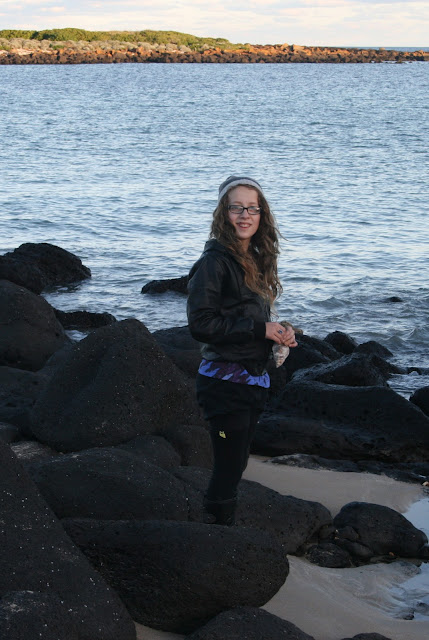 Zara was fascinated with the volcanic beach rocks. 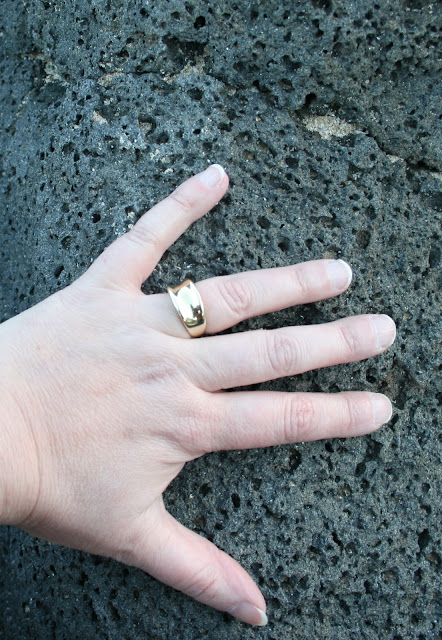 The bubble in the black rock indicate they cooled above ground,according to Hugo! 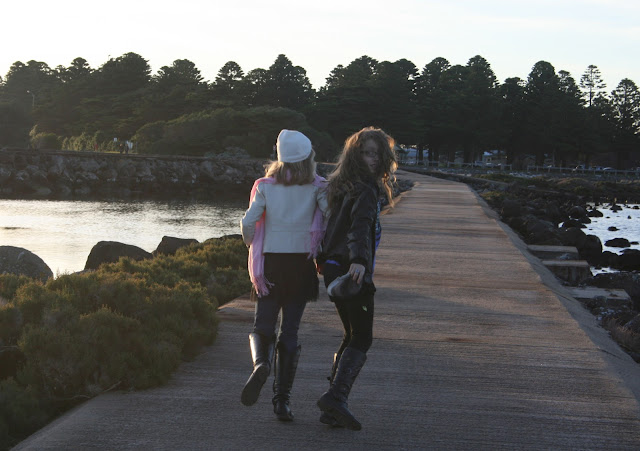 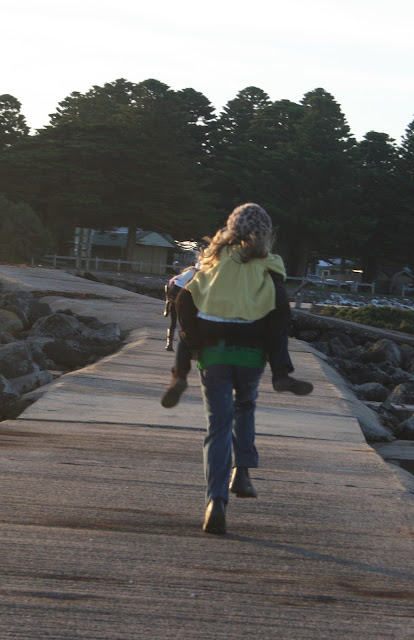 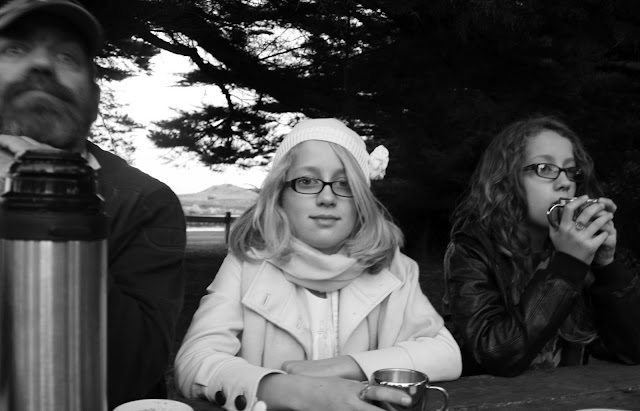 A hottie from the thermos warmed everyone up,while Hugo went and dangled his line for 20 minutes. 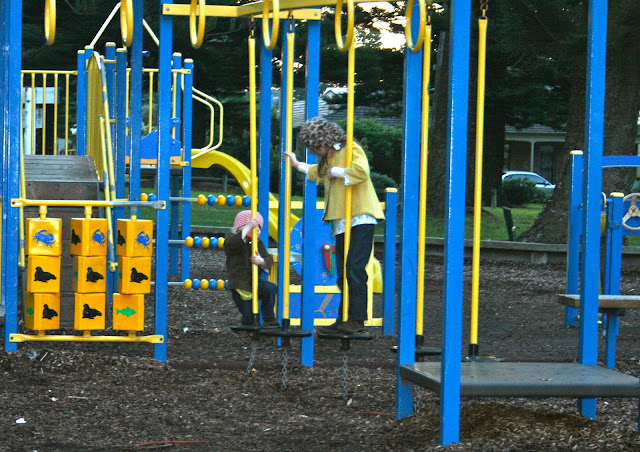 And Lids and Tildy hit the play ground.

Right now we are curled up by the fire,the children are playing 'Cheat'(a card game I do not understand at all)! I am blogging and Jed is watching the footy while rubbing my feet.

x N
clothes by oliver+s,clever charlotte and figgy's
Posted by motherof5 at 3:54 AM