Once apon a time in the vest

Last year,on holidays,Jed took the twins 'for a look' in the Bull Rush store.

Their clothes are gorgeous and very,very well made. If I didn't sew,thats what my children would be wearing.(They would just have a lot less outfits then they do now)!
E&Z fell in love and convinced Jed to buy them two very cute vests.
The price? Well lets say I could have purchased eight favourite patterns and still have change,for the first one,the second they fished out of the $10 basket so they reasoned that evened things up!
The other argument was that they actually wanted the WHOLE outfit(a navy skirt and white blouse)and as I didn't knit and Nan's hands were bad and I could sew the clothes for much less and the other vest was only $10 and it would hand down and a boy could wear it too.......
You can imagine the rest!
Well,I looked every where for a similar skirt pattern and then forgot!
The twins re-discovered said vests a few weeks back and pleaded me to finish the look.
At the time I was sewing Missy M's 2+2 skirts and I had a light bulb moment,leave out the pleats,still have the fullness with a neat side finish!
I had a trial run with Missy L's(she is delightful and loves everything I sew for her),the Twins approved!
So with out further ado....... 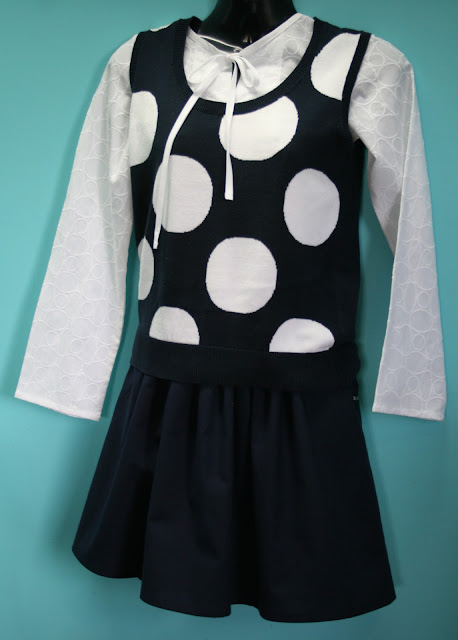 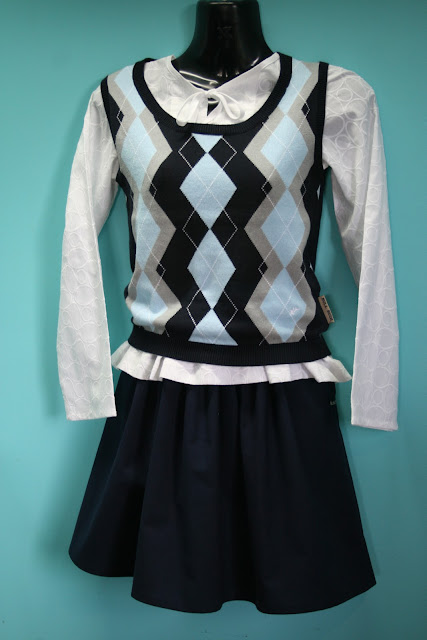 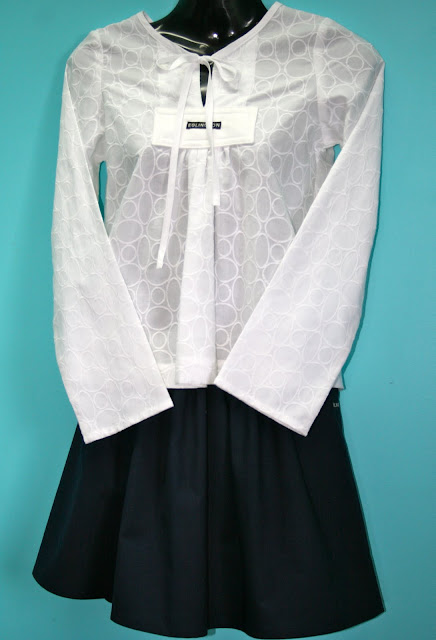 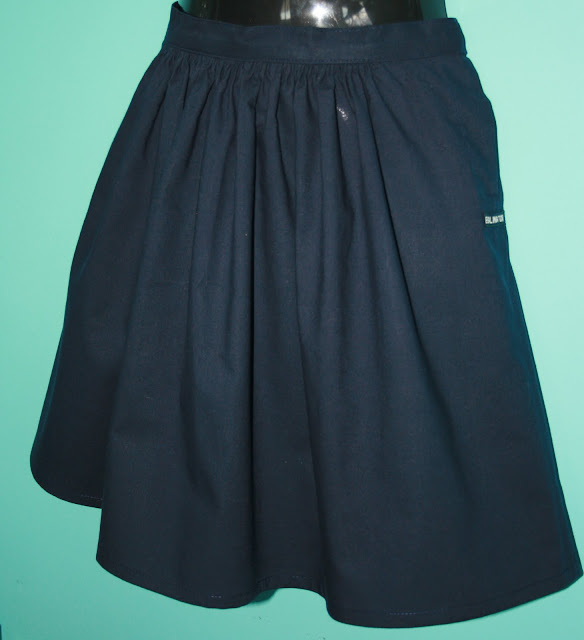 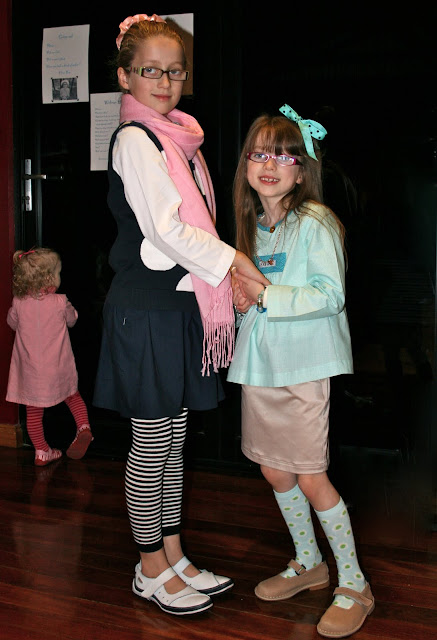 Happy girls,thats what we sew for!
Thanks for popping by....
x N
Posted by motherof5 at 6:26 PM